The Senate has released the previously secret details of its healthcare legislation – and they are not good. The Better Care Reconciliation Act (BCRA) of 2017 hurts our nation’s healthcare system as a whole and our most vulnerable citizens in particular.

Sen. Susan Collins said on Monday night that she will not support the BCRA, which could ultimately decide the bill’s fate. Here are five reasons why her Senate Republican colleagues should also oppose Trumpcare:

1. The House version was “mean,” and the Senate version is still mean.

In May, the House of Representatives passed the American Health Care Act. It was so severe that President Trump called it “mean” and said the Senate should make it more “generous” and “kind.”

The Senate bill certainly cannot be called “kind.” Like the House bill, it guts Medicaid, which will devastate tens of millions of families, and in particular, older Americans aged 50 – 64, disabled people, and children. The bill also ends the Affordable Care Act’s guarantees of maternity and mental health care. And it will leave millions uninsured.

2. Millions of Americans rely on Medicaid.

Imagine that you or one of your family members has Alzheimer’s Disease or suffers from a sudden stroke. Nursing home costs could quickly exhaust your savings. In that scenario, Medicaid would be there to cover the rest of your costs. Currently, the program pays for nearly half of Americans’ nursing home costs. This crucial piece of our country’s healthcare safety net would be in jeopardy under Trumpcare.

Children are at risk too. In Maine, more than 250,000 people, including 100,000 children, rely on Medicaid and the Children’s Health Insurance Program (CHIP) program. These kids have no other source of health care coverage.

3. Trumpcare is a job killer.

The health care industry constitutes roughly one-sixth of the American economy. A new report from the Milken Institute School of Public Health at the George Washington University and the Commonwealth Fund estimate that repealing Obamacare could cost almost three million jobs by 2021. This is because a lack of federal funding would cut gross state product by $1.5 trillion between 2019 and 2023, meaning less money to spend on hiring. In addition, consumers will be forced to spend more on their healthcare and have less disposable income to spend, which will cause losses in a multitude of industries.

Furthermore, a recent report by LeadingAge and the Center for Consumer Engagement in Health Innovation showed that 700,000 home health aides could lose their jobs under Trumpcare. This comes at a time when millions more home care workers are estimated to be needed in the coming decade to support our growing population of aging loved ones.

Nearly 20 percent of Medicare recipients also rely on Medicaid. In Maine, that number is even higher: around 28 percent. According to the Kaiser Family Foundation, more than 60 percent of the 10 million Medicare beneficiaries who receive Medicaid need help with daily self-care activities, such as eating, bathing, or dressing, which are important for independent living. Most Medicare beneficiaries who receive Medicaid have a cognitive or mental impairment, such as dementia, which can create the need for support to live safely at home.

The BCRA legislation would wreak havoc for American families when they are most in need. It would also hurt the next generation of Medicare beneficiaries. It repeals a slight payroll tax increase for high-wage earners that will reduce the long-term solvency of Medicare by 2 – 4 years.

The bill was developed by 13 white, wealthy men in secret with no text, no hearings, and no public debate. Public opinion polls show dismal support for the bill, with approval ratings between 17 and 21 percent. And yet, Speaker McConnell is rushing a floor vote before the July 4 recess. This leave precious little time for amendments and review.

Simply put, this is not a health care bill. There are real issues in today’s healthcare landscape. We don’t need to add major new problems for families and the economy. The BCRA benefits the few, wealthiest Americans at the expense of most Americans.

The Center for Medicare Advocacy is ready to partner with everyone who will work to make America healthier and protect our care. We look forward to working with Senator Collins and other lawmakers to develop real healthcare legislation that will accomplish just that. 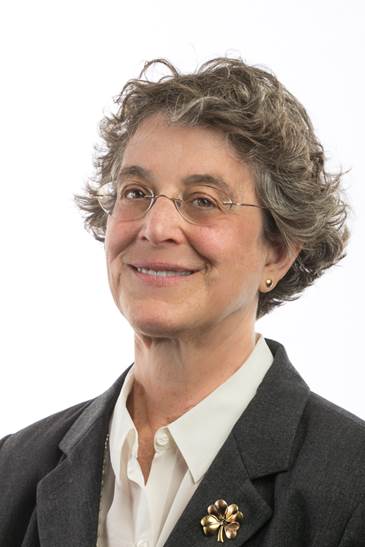 Judith Stein founded the Center for Medicare Advocacy, Inc. in 1986, where she is the Executive Director. From 1977 until 1986, Ms. Stein was the Co-Director of Legal Assistance to Medicare Patients (LAMP), where she managed the first Medicare advocacy program in the country. She has extensive experience in developing and administering Medicare advocacy projects and representing Medicare beneficiaries. In 2013 Ms. Stein was appointed to the National Commission on Long-Term Care by House of Representatives Leader Nancy Pelosi. She has been published and quoted about Medicare and its relation to the Affordable Care Act in the New York Times, the Los Angeles Times, the Wall Street Journal, and Politico.