“The Devastating Impact of the Coronavirus Crisis in America’s Nursing Homes,”[1] a June 11 briefing by the Select Committee on COVID of the House Committee on Oversight and Reform, identified nursing homes’ longstanding problems in staffing levels and infection control, as well as the failure of the federal government to take a strong leadership position in confronting the coronavirus pandemic. Based on the Briefing,[2] the Committee on June 16 launched an investigation into the Centers for Medicare & Medicaid Services’s lax oversight of the pandemic and the Trump Administration’s failure to provide testing, supplies, and personal protective equipment to nursing facilities.[3] Chairman Clyburn said, “‘Deregulation and lax enforcement of infection control violations by CMS – both before and during the pandemic – may have contributed to the spread of the virus.’”

The Committee also sent letters to five for-profit nursing home chains (Genesis HealthCare, Life Care Centers of America, Ensign Group, SavaSenior Care, and Consulate Health Care) that provide care to more than 80,000 residents in 40 states and where hundreds of residents have died. The letters seek information about “coronavirus cases and deaths, testing, personal protective equipment, staffing levels and pay, legal violations, and efforts to prevent further infections” as well as information about “the use of federal funds by nursing homes during the pandemic.”

The two witnesses closest to day-to-day activities in nursing facilities – Ms. Lolley and Mr. Brown – testified that low staffing levels were a problem even before the pandemic. Ms. Lolley described her mother’s disheveled appearance and statements that she had not been fed, following the March ban on visitors. Mr. Brown, a CNA for 10 years, testified that facilities were and remain understaffed, temporary workers do not have sufficient training or skills to provide necessary care to residents, and facilities continue to lack sufficient tests (he has still not yet been tested for COVID-19) and personal protective equipment (PPE).

The witnesses also generally agreed that the federal government needs to take a leading role in ensuring adequate tests and PPE, but had not done so. A third overriding concern, voiced strongly by Dr. Grabowski, was that data on COVID-19 are inadequate. CMS has required nursing facilities to report COVID-19 deaths and problems since May 8,[4] not since the beginning of the pandemic. “Good public health,” he said, “requires good data.” 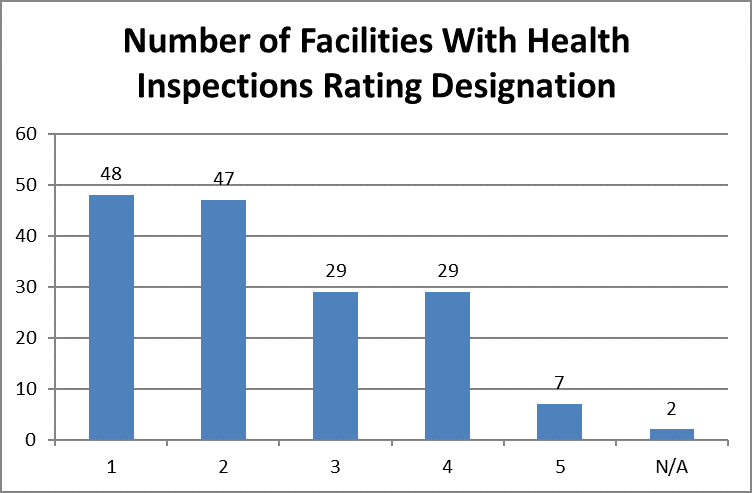 [1] Center for Medicare Advocacy, “Infection Control Surveys at Nursing Facilities: CMS Data Are Not Plausible” (Report, Jun.11, 2020), https://medicareadvocacy.org/wp-content/uploads/2020/06/Infection-Control-Surveys-Report.pdf.
[2] The 163 deficiencies were cited in 162 distinct nursing facilities.  Two other facilities are excluded from this analysis of star rating because they were Special Focus Facilities (SFF); CMS does not report star ratings for SFFs.

The Health Care Rights Law (Section 1557 of the Affordable Care Act [ACA]), prohibits discrimination in health care on the basis of race, color, national origin, sex, age, and disability.  After an extensive process to develop implementing regulations during the Obama Administration, released in 2016, the Trump Administration reopened the regulations for the purpose of rolling back such protections. The Center for Medicare Advocacy joined many other organizations in opposing the Administration’s efforts to limit the law’s protections for individuals who have limited English proficiency, LGBTQ persons, and persons with disabilities and chronic conditions, among others.

On June 12, 2020, the Trump Administration’s Department of Health and Human Services’ (DHSS) Office of Civil Rights (OCR) issued a final rule on Section 1557, which, among other things, removed protections for sex discrimination that is based on gender identity. According to a detailed analysis of the final rule by Katie Keith, published in Health Affairs, “The final rule eliminates major parts of the 2016 regulation and tries to make significant changes to the scope of Section 1557. The final rule entirely eliminates:

In addition, Keith notes that “[s]eparately, the final rule eliminates explicit nondiscrimination protections for LGBT people in 10 unrelated HHS regulations, such as nondiscrimination standards for qualified health plans and the marketplaces.”

In short, as summarized in a statement by the National Health Law Program (NHeLP), “[a]fter years of executive orders and unrelenting sabotage undermining the landmark Affordable Care Act, the Trump administration has moved to officially rollback the vital regulations implementing ACA’s nondiscrimination protections for people historically discriminated against in our health care system.”

Days after the 1557 final rule was issued, interpreting “on the basis sex” to exclude protections for LGBTQ individuals, the U.S. Supreme Court issued a decision in Bostock v. Clayton County, Georgia (June 15, 2020, by a 6-3 majority). The Bostock decision holds that discrimination “because of sex” under Title VII of the Civil Rights Act includes, and prohibits, workplace discrimination based on sexual orientation and gender identity.

In a statement by the Human Rights Campaign (HRC) declaring that the Court “is on the right side of history for LGBTQ rights,” HRC’s President stated “This is a landmark victory for LGBTQ equality […] No one should be denied a job or fired simply because of who they are or whom they love. For the past two decades, federal courts have determined that discrimination on the basis of LGBTQ status is unlawful discrimination under federal law. Today’s historic ruling by the Supreme Court affirms that view, but there is still work left to be done.”

The Center for Medicare Advocacy strongly supports the outcome in Bostock and recognizes that it is an important step in the effort to foster equality and inclusion in our society.

What Does the Supreme Court Decision Mean for the Section 1557 Rule?

As the dust settles on these two pronouncements – one expanding the rights of the LGBTQ community and one constricting such rights (and those of other groups often discriminated against), legal analysts are assessing what the former means for the latter. There is now an obvious conflict between the Administration’s definition of sex discrimination and the Supreme Court’s definition. The Supreme Court’s definition should prevail.

As noted by Katie Keith in another Health Affairs blog post addressing this question:

From here, OCR could withdraw its rule or try to clarify its interpretation of sex nondiscrimination. Or OCR might choose to defend its interpretation in court in an inevitable legal challenge. Defending the rule would likely be an uphill battle given the Court’s resounding decision on Title VII and the fact that courts often look to Title VII when interpreting Title IX of the Education Amendment Act of 1972 (Title IX) (the basis for protection under Section 1557).

Echoing that courts have consistently looked to Title VII to construe Title IX, University of Texas law professor Liz Sepper posits that the Administration’s attempt to roll back 1557’s protections “as to LGBTQ discrimination” is “dead in the water” (see her analysis on Twitter here). Sepper notes that Bostock won’t remedy the many “bad interpretations that narrow antidiscrimination law – for now, it won’t apply to health insurers the way the 2016 rule did – in ways that hurt all people – but especially transgender people.”  She also notes that DHHS “put in place a religious exemption that allows many entities inclined to discriminate to continue to do so. Many fights will take place on this ground.”

Ian Millhiser writes in Vox that the reach of Bostock likely extends beyond employment discrimination, but also likely falls short of dismantling discriminatory practices implemented in the military. He notes that the decision “strongly suggests that neither educational institutions nor health care providers may discriminate against LGBTQ individuals. If that’s the case, the Trump administration’s new health care regulation should fall […]. Outside of the military […] Bostock is a sweeping decision with implications stretching far beyond employment discrimination. Though the Trans military ban may survive, much of the rest of the Trump administration’s anti-LGBTQ agenda is in serious trouble after Bostock.”

As legal battles are waged about the scope of the Bostock decision, the fate of the final 1557 Rule is unclear. Thankfully, however, it appears to be in significant jeopardy, at least with respect to discrimination against LGBTQ persons. The Center for Medicare Advocacy will continue fight to strengthen critical non-discrimination protections in health care, and beyond.

The global COVID-19 crisis has led to many changes in health care rules, including in the Medicare program.  Most of the Medicare changes are slated to be temporary, but advocates will need to watch which provisions do and do not remain after the crisis.  While a many of the changes affect health care providers, including payment and waivers of certain requirements, our Advocates Guide focuses on Medicare COVID changes that relate to beneficiaries and their access to covered care. Note: This Advocates Guide describes, but does not analyze or critique these changes.

The landscape of COVID-19 response in nursing homes continues to evolve rapidly at the federal and state levels. Join the Consumer Voice, Center for Medicare Advocacy, Long Term Care Community Coalition and Justice in Aging as we review the latest updates, issuances from CMS, legislation, and strategies for advocates and families.