In recognition of her superb work advancing access to long term care and health care with Senator Rockefeller, the Pepper Commission, and (then) Senator Hillary Clinton, the Center for Medicare Advocacy is pleased to honor our 2016 Senator Jay Rockefeller Lecturer: 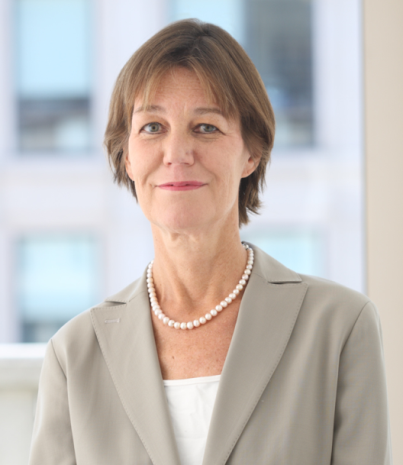 Tamera Luzzatto is senior vice president of Government Relations at The Pew Charitable Trusts, where she ensures that Pew’s wide range of nonpartisan policy work at the state, federal and international levels is effectively and accurately communicated to policy makers, as well as overseeing the Pew Distinguished Fellows program. From 2001 to 2009, Ms. Luzzatto served as former Secretary of State Hillary Rodham Clinton’s chief of staff in the U.S. Senate.

Prior to her service with then-Senator Clinton, Ms. Luzzatto was on the staff of former senator John D. Rockefeller IV for 15 years, beginning as a legislative aide handling health care and other issues, then serving as legislative director and chief of staff. She was Senator Rockefeller’s primary liaison to two major advisory panels which he chaired, the National Commission on Children and the Pepper Commission on Health Care.

Ms. Luzzatto began her career working for ACTION, the federal umbrella agency at the time for the Peace Corps, VISTA, and other volunteer and service programs. With nearly three decades of experience in politics and government, she speaks regularly about Congress and public policy to academic institutions and other organizations across the country.